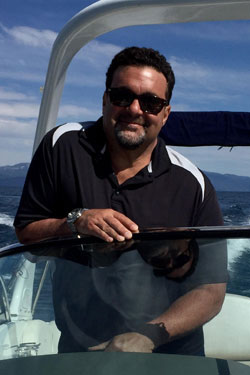 Joseph A. Motta was born and raised in the East Bay. He attended St. Mary’s College and graduated in 1984. He graduated from McGeorge School of Law in Sacramento in 1987. Joe’s legal career started as a Deputy District Attorney in Contra Costa County; from 1988 to 2004. There, he handled thousands of cases, from minor to serious, and from simple to complex. He was a trial attorney on the following teams: Misdemeanor, Juvenile, Law and Motion, Felony Trials, Sexual Assault, Domestic Violence, Career Criminal, and Homicide. He also supervised the Misdemeanor Trial Team, the Domestic Violence Team, and the Sexual Assault Team. As a supervisor, he also maintained his own case load of serious cases. While a deputy, he also prosecuted a number of high profile homicide and sexual assault cases. He was the first in the county to qualify a detective as a gang expert, and the second prosecutor in the state to prosecute someone for assault with a dangerous virus. He has significant courtroom experience working with DNA, medical injuries, cause of death, crime and accident scenes and psychiatric/psychological issues. He co-authored new law as well as testified before the State Assembly and State Senate Committees regarding new legislation.  He was the first elected President to the County Deputy District Attorneys’ Association, he served on several committees including the County’s Advisory Committee Against Domestic Violence and he trained police, dispatchers, social workers, and several other professions in subjects such as domestic violence, report writing, and sexual assault.

Joe is interviewed about his successful prosecution of serial killer Terry Rasmussen for the Bear Brook Podcast.
(Interview starts at 30:00)

Joe left the DA’s office in good standing and joined an old friend Greg Rueb in January 2004 to start Rueb & Motta. They had originally met on a rugby field in law school and later, they worked together at the District Attorney’s office. From 2004 until present, Joe has helped innumerable folks who had been detained, arrested, charged and prosecuted for crimes ranging from simple misdemeanors all the way up to murder.  Joe’s extensive courtroom experience, trial skills and experience have helped his clients get through very dark and scary times and he understands both his clients and their families are in crisis; they need answers and someone who knows the system.  When someone is charged with a crime, they need someone who can steer them through the several obstacles and hurdles often imposed by the District Attorney and the Courts.  Joe has a strong sense of loyalty to his clients and prides himself that he treats every one as if they are part of  his family.  Joe has yet to oppose someone with more jury trial experience (Joe has well over 100 jury trials under his belt), and he enjoyed so many hard fought battles to protect the rights of his clients.

Joe and his wife remain involved in the community and local charities.  Joe serves on the board and was a prior president of the 100 Club of Contra Costa, a charity that supports families of fallen police and firefighters. He serves as a Trustee, and is a Regent Emeritus of St. Mary’s College, Moraga.  He also had the privilege to coach his sons as they grew up.  Their high school rugby teams placed third in the country two years in a row, then placed first in the country two years in a row.  Joe has also been the Chair of the Alamo Police Services Advisory Committee since 2012.